My time with Tim Pouncey was well worth it


By SJ Otto
I remember when I first met Tim— sort of.... I was editing and writing for my underground newspaper The Public Voice. It was kind of a 1960s-1970s style paper with radical politics (much of it my Marxist views). Tim was very far-to-the left. But was he a Marxist as with me? I don't really think so. But he was good at political satire and with his help we finished several issues of The Public Voice. That was probably my first involvement with Tim. We put out several issues of that under-ground newspaper. 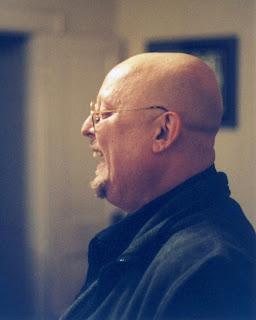 Here is an article he wrote for The Public Voice:

Trying to understand Reaganomics is a hobby of mine —
like making long shot bets on second-rate foot ball teams or dating slender blonde girls who fathers carry shotguns —
all three can be dangerous to a man's mental health and at least one will probably be responsible for violent, ugly and permanent damage to my emotional stability.
Ah, but the notions persist. This is no season for comprehending anything that oozes out of the Information Network. It is hard enough to keep any kind of lame act running at all with inflation cutting the guts out of my already low standard of living. In the Reaganomics Circus only the High Rollers and multiple felons prosper.
So paranoia make good sense  these days. If you're not scared, you're not informed. Unemployment is a record high, new lay-offs at Dold and BeechCraft, no good news from Cessna. bad slumps in the housing industry, no work no where. When you get into severe economic problems at this level, you can be absolutely sure They Are out to get you.
What we need now is less double talk and more action. There are millions of things that the unemployed could do in Government service. Franklin Roosevelt proved this during the last great depression. There is an incredible glut of skilled labor being wasted. We will only find economic recover through imagination, we are limited by the Circus's inability to figure out how to use a skilled but unemployed work force. [1]

Later he went on to be a successful journalist among other newspapers. Some of the newspapers he worked for included The Times-Sentinel, of Cheney, and their various newspaper chains; the Andover Journal Advocate and for The Pratt Tribune.
He wrote everything from editorials to hard news. But his favorite was—the column. He always wanted to be a columnist.
And while he was at the many newspapers he worked at, his columns were read through-out and enjoyed by many.
While he wasn't always as interested that much in my Marxist ideas of revolution, we both took aim at the Republicans and the damage they were doing here in . I remember when he described former Republican Senator Bob Dole as a "snake with poison fangs dripping down."
Tim liked to write about popular culture. And he also injected sly remarks about politicians in a lot of his writings. He wrote a story about a phony TV detective once, and he included this remark:

"His jaws dropped like a man who just heard Ronald Reagan say something intelligent for the first time."

He wrote an article called "How to become useless in your spare time." that implied this would be a necessity for working people in Ronald Reagan's .
While Tim was a serious writer, he and I both went through the golden age of drug use during the late 1960s and 1970s—LSD,[2] magic mushrooms,[3] fake but active mescaline,[4] MDA[5] and into the late 1970s and early 1980s there was cocaine.
Tim used to say:

"I used LSD back when it was called 'take this."

But as with most of us hard core druggies, Tim's drug use slowly faded, especially by the 1990s. That didn't rule out the two of us getting together at his house, on weekends, drinking rum and beer long into the night. We often had many fine political discussions as well as discussion on pop culture.
If there was one writer who inspired us both, at the same time, it was Hunter S. Thompson. We both liked the idea of a shoot-from-the-hip attitude of writing. Like Thompson, we liked to be part of the story. We like the call-it-like-it-is type of writing. Most of my writings have been political, so much of my influences have also been political, such as Mao Zedong. Tim preferred writers of literature and pop culture, such as William S. Burroughs. But Thompson is where our interests crossed. He was both literary and political.
Tim once told me:

"You and Thompson have made a career out of hating Richard Nixon."

And I would agree. But we also had our local anti-heroes—celebrities, mostly political or other newsmen, we hated just as bad as we hated Nixon. And as with Nixon, that hatred pushed us to write and react. We channeled it into something good.
I often went to Tim for advice on my own writing projects. He was a professional and he often helped me with difficult writing decisions. A lot of his old fans knew him from his days at the The Sunflower. He was a columnist there for a few years and that is where he wrote some of his best stuff. That's not to say his later stuff wasn't good. He could always write a good column, especially if humor was needed.
Over the years Tim's health went bad. About a year ago he couldn't stay employed. He had to fight the same Republican political forces that both of us had taken on our whole lives. He had to fight with the KanCare system and that fight probably put the final nail in his coffin. He waited to long before he went into the hospital for treatment. He was worried about how he would pay for it. The KanCare system is famous for pulling out needed funds for poor people who are badly in needed health care. To the end of his life, just as when we were younger, he kept fighting the conservative political establishment, here in , that has tried to kill so many other low income people.
He had a wife, Naomi, who he met 30 years ago. The two have been together ever since. I met Tim about the same time as Naomi did. We have been to many parties and adventures over the years. Tim was more than just a friend. He was a comrade and a collaborator with my writings.[6] It was hard to say goodbye to him. We don't get to choose when we die. The world will be a different place with Tim gone.

Did you know you can create short links with Shortest and make $$$$$ for every visit to your shortened links.

Searching for the Ultimate Dating Site? Create an account to find your perfect match.

Get all your favorite alcoholic drinks at Duty Free Depot!

It's been said that every bettor needs to see this,

Watch this or quit placing bets on sports...

New Diet Taps into Revolutionary Idea to Help Dieters Get Rid Of 12-23 Pounds in Just 21 Days!

SJ Otto
Maize, KS, United States
I’m an author, blog writer and blog editor. This is now a part of a blog collective. We appeal to several different interests, cultural, political and personal. 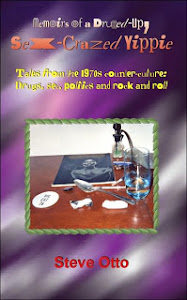 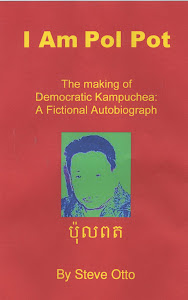 By urging us to  celebrate  the maternal love we experienced as children, or perhaps much later in life,  MY  MOMMY  IS BEAUTIFUL  engages ... 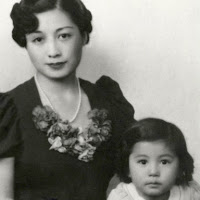 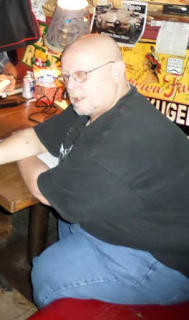 He was one of Kansas' finest writers.

Where authors and readers come together! 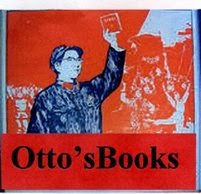 Contribute to this site. 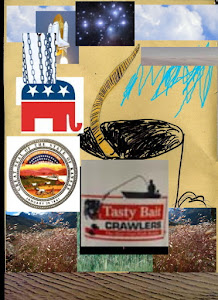 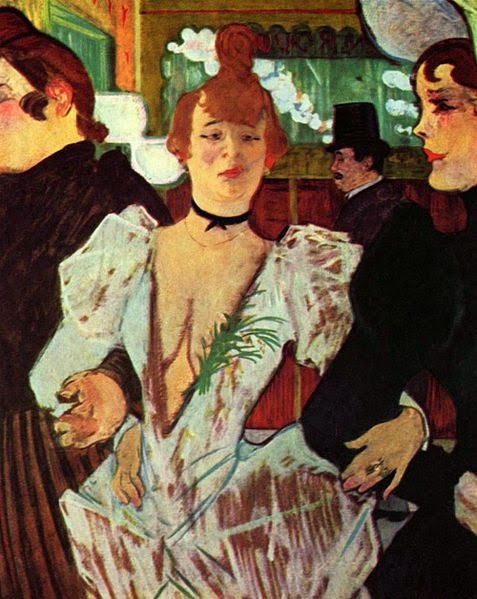 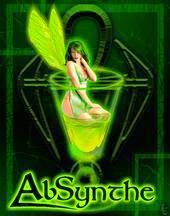 A spirit drink that inspires!